(March 24, 2016) — USA Cycling announced Thursday a new partnership with Stages Cycling for the 2016 season. The Stages partnership ushers in a new era of high technology and cutting edge training tools for USA Cycling across all five disciplines. 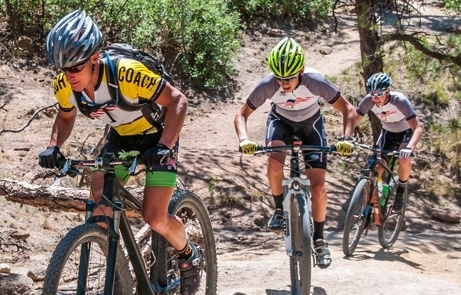 Stages’ support of USAC’s Talent ID Camps has continued annually, and 2016 marks the fourth year of Stages Cycling support for these camps.

“We are very excited to increase our support of USA Cycling and their efforts to develop and grow cycling in the U.S. at all levels,” said Pat Warner, Vice President of Stages Cycling, and seven-time USAC masters national champion on the track. “Personally, though, I’m most proud of the work we’re doing to provide the best technology to juniors and developing cyclists who are aspiring to be the next great American cyclists. And, of course, we’re also very excited and proud to be a small part of helping to prepare America’s best for the Rio Games.”

While Stages’ official supplier role comes with the added responsibility of special projects for Team USA in this Olympic year, the basis for the relationship between the two organizations was founded in 2013.

That year, Stages committed to supplying meters to USAC’s Talent ID Camp program. This is an important development feeder program that some of America’s current stars have come through. Prior to Stages’ involvement, USAC wasn’t able to offer use of power meters and their insightful metrics to these camps’ junior riders and the coaches tasked with finding the next generation of elite cyclists in the U.S.

In 2014, Stages began support of USAC’s European Development program on this journey to becoming an official sponsor and supplier to the federation.

Stages Cycling’s relationship with USA Cycling is rooted in the passion for cycling fostered by the Stages staff, and many are long standing USAC members and even USAC crowned elite and masters’ national champions.

Stages Cycling LLC, based in Boulder, Colo., launched the Stages Power meter at Interbike in September 2012. The new Stages Power meter immediately made waves in the power measurement category. Since then, the brand has expanded into the commercial and home fitness category with the SC3 commercial indoor cycling bike, with groundbreaking features including: CarbonGlyde featuring Gates CarbonDrive, SprintShift, FitLoc, RoadBar and, of course, the Stages Power meter. More information at stagescycling.com.