Thrown into the deep end

How USA Cycling grooms U23 men and women into success stories, with a look at Emma White, Adrien Costa and Greg Daniel
by Mary Topping 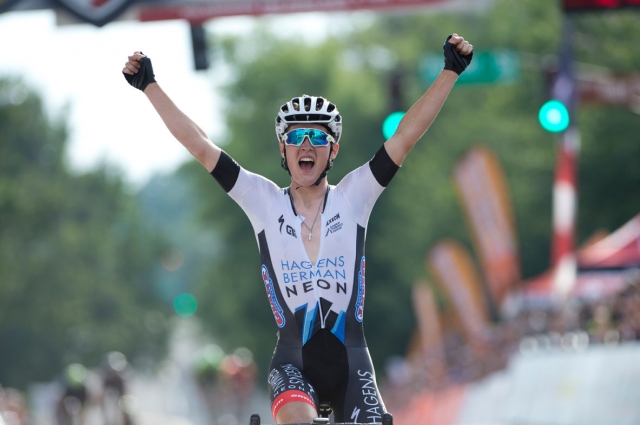 Greg Daniel posts up for his professional road title win. (photo by Casey B. Gibson)

Adjusting to the Under 23 ranks may well constitute the toughest step up in a competitive road cycling career.

At a time of continuing physical and mental growth, young men and women jettison nearly all that’s familiar to live for months in Europe while racing as ages 19 to 22. They leave people who formed them and favorite places to hang out and regroup.

These riders are discovering themselves, as humans and as cyclists. They display dozens of junior medals at home yet can strive for years, often battling injury and illness, before U23 results appear. Without fully developed coping skills, they isolate. Depression can set in.

U23 athletes need mountains of support to survive that emotional blender and become some of the world’s best cyclists. The kind of support that enabled Adrien Costa to become the first American to win the Tour de Bretagne in its 50-year history, Emma White to jump from the junior field to confidently rubbing elbows with legends such as Marianne Vos, and Greg Daniel to pull on the American road champion’s jersey.

Young American talents need to know that a good result requires riding at the front of the peloton when the race reaches the restaurant with the green awning on that Belgian road, states director Michael Sayers. “If we don’t give our riders the opportunity to race on those roads,” he continues, “the chasm between them and the Europeans just grows year by year and eventually it’s too much to cross.” Sayers directs the men’s USA Cycling Under 23 Development Program.

The European development program provides racing experience on those roads for men and women. It furnishes critical further support: a team training compound in Holland and professional staff. U23 athletes Costa, White and Daniel have taken to heart particular aspects of the program’s support which will promote success throughout their careers.

The success of America’s U23 program for men, Sayers has concluded, hinges on guiding athletes through a four-year developmental period he likens to high school. “They come in like freshmen who are trying to find themselves, and by the time they get to senior year they are pretty much ruling the roost.”

As the new American road champion, Greg Daniel is now king of the roost. His trajectory mirrors a more typical U23 journey with his biggest results arriving near graduation. But early in freshman year, he wondered why he’d signed up for the program.

Months before he placed 11th in the junior world time trial championships. Confidence boosted, he trained hard that winter. Then in his U23 debut the pack dropped him after 10 kilometers.

Bending forward to grasp the handlebars set off waves of pain from the incision made two weeks before to treat appendicitis. But that justification didn’t make the disappointing result easy to swallow.

Daniel recalls that moment: “You do all this work and then you get here and have nothing to show for it. And you kind of think: ‘Why me? Why am I here when I can barely ride my bike?’”

A week or so later his USA Cycling teammates took off to compete, leaving him behind to nurse his body. Alone on Easter, his mind continued to churn on the dark side. 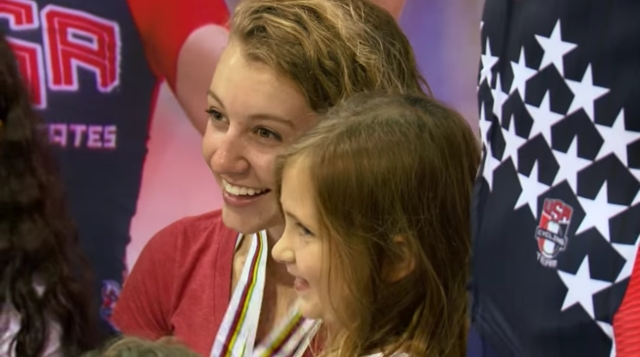 Emma White has enjoyed success on the road and in cyclocross.

For all that Sayers does to assist guys through rough spots, he believes the athletes must rely on their personal networks. That’s how Daniel remedied his situation.

He spoke with his church pastor. The conversation helped right his mental ship. “I realized there are people that would kill to be able to race their bikes in Europe and be on the U.S. national team. I just felt so blessed to be there,” Daniel says.

One of her resources is USA Cycling’s Women’s Endurance Program Manager, Jack Seehafer. With no UCI designated U23 road category and the current size of that athlete pool, the U23 female cyclists join USA Cycling’s women’s comprehensive European program.

Seehafer focuses on raising individual skill sets while plotting paths for success in the Women’s WorldTour. He builds strengths in fitness, bike handling, nutrition, and race-life balance as he accentuates the value of trying and learning from success and failure.

“I want to see athletes try without fear of failure and to push their known limits,” says Seehafer. “I remind them they are in Europe to learn.”

It’s a tall order for an athlete whose very first post-junior road showdown could involve negotiating slippery narrow roads next to the current world champion or winner of the Giro Rosa.

White says competing alongside the best women in the world is an honor, though exciting and frustrating at the same time. “It’s like being tossed in the deep end before learning how to swim,” she says. “In some ways, it’s nice to go right to the pro peloton because you learn quickly.”

She’s making the most of that radical women’s U23 learning curve. White’s first stint in Europe as a freshman began with two stage races; in the BeNe Ladies Tour she scored a fifth place in the time trial stage.

At those events White enjoyed teaming-up with American compatriots on rival trade teams. Seehafer predicts these young women are destined for great things. In addition to White, to name a few, he lists Chloe Dygert, Skylar Schneider, Summer Moak, Payten Maness, and Hannah and Allison Arensman.

In Europe they experience a more aggressive style of road racing which they’ll need to adopt to fare well in the most important women’s road contests.

“In America if I saw some action going up the right side of the road and I needed to move over, I would check over my shoulder a couple times before sweeping over. Not in Europe,” White explains. “Positioning is key so you do whatever you can to get it.” 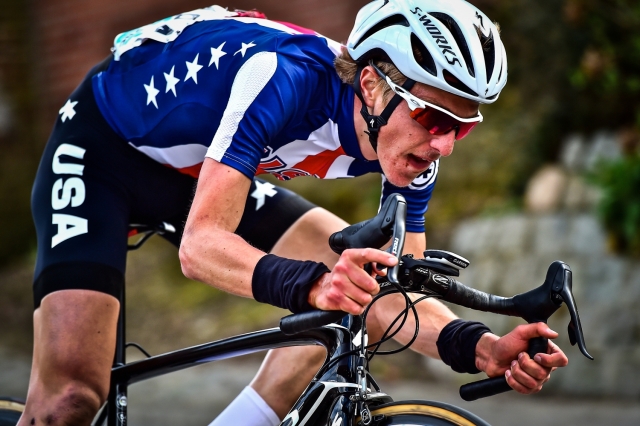 Adrien Costa had a breakout first year as a U23. (photo by Arne Mill)

Adrien Costa is a freshman going on senior year. But that doesn’t exempt him from the amplified physical demands of U23 races as well as class 1 and 2 events packed with older, more experienced riders.

He chuckles and adds, “When we show up to a race we have no excuses.”

Yet Costa’s quick to indicate the program steers clear of pressure to perform, an approach he believes fosters learning and improvement. Costa analyzes all aspects of his performance in every race and translates the insights into future opportunities. Sayers would agree with this track.

“Our challenge is to try to get them up to speed as quickly as possible without killing them,” says Sayers.

It’s a delicate balance. Sayers must dole out the hard truth of what it takes to advance even as the athletes walk a tightrope of vulnerability. Among the others alongside Costa and Daniel on that tightrope are Neilson Powless who finished top 10 in the Tour of California, Geoffrey Curran, Justin Oien and Colin Joyce.

“These guys are hurtling themselves through space at ridiculous speeds and I’m telling them if they want to succeed they can’t back off,” Sayers states. Watching the action from the team car, he admits he’s scared for them.

“I understand if they tell me something was really, really scary, but my job is to get them ready for the next level. If you’re riding for a WorldTour team you cannot go back to the bus and say, ‘I couldn’t do it because I was scared.’”

Fast forward from that dark Easter Sunday and Daniel swaps his American road champion’s togs for the leader’s jersey at this year’s Tour de Beauce. One day he erred by chasing down a mistaken danger man and not trusting his teammates’ guidance.

The pressure of a new challenge had undermined one of the biggest lessons he gained from U23 school: have faith in those supporting you.

“I’d never really played that leader role before because I was always more than happy to work for somebody, I think because it took a lot of the stress off of me…Beauce was the first time I had the stress pointed directly on me,” says Daniel.

Ultimately he rose to the challenge and won the overall.

“Through mistakes I learn a lot,” Daniel comments. “I never regret these mistakes because they are all learning experiences.”

As budding professionals Daniel, Costa, and White can never become complacent because the tests will never end, whether in the shape of new roles, roads, or teams, or building relationships across miles. But these young Americans and their fellow U23 riders will figure it out. They will pick themselves up and chart a way through tough times. They will choose to search for lessons no matter the outcome. And they can rely on that success formula long after they graduate from USA Cycling’s European development program.