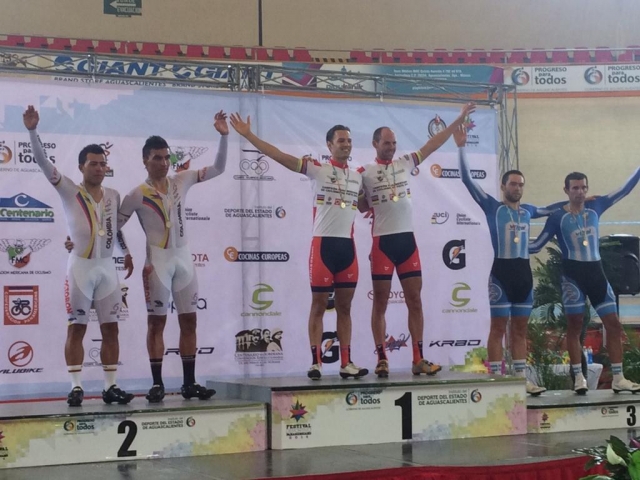 The effort of Lea and Duehring bested the Colombian team of Jordan Parra and Jonathan Restrepo which placed second, and the bronze-medal team of Marcos Crespo and Walter Fernando Perez of Argentina.

In the women's omnium, Jennifer Valente (San Diego, Calif./TWENTY16 Pro Cycling) took the bronze medal for her second podium appearance of the week. It comes on the heels of her gold medal as part of the U.S. women's team pursuit. Valente's 213 points were only eight points shy of both gold medalist Gillian Carleton of Canada and silver medalist Marlies Mejias of Cuba. Both finished with 221 points.