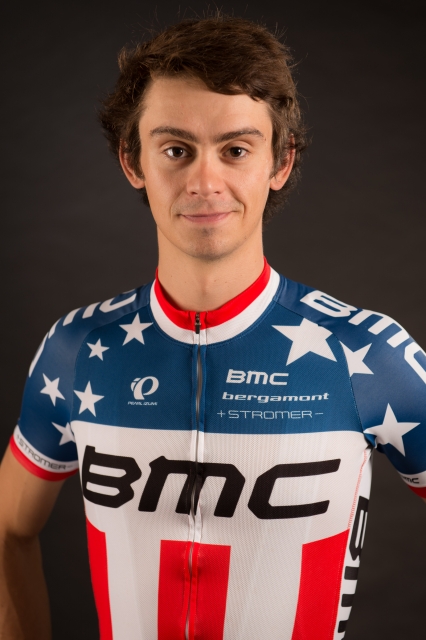 Favorite Race: "I’ve had both the best and worst of luck in Bear Creek, Pa. It’s a track where I have a lot of memories, and I also love racing in Nove Mesto, Czech, despite I've mostly just had bad races there.

Motivation: "The feeling of effortlessly tackling the most challenging climbs and technical descents when I am racing fast and smoothly."

Best advice you received from a coach when you were starting out: "Do this because you love it,” or something to that effect- Jason Jablonski

What is your best cycling memory: "Winning the 2013 Cross-Country National Championships."

Hero/Role Model: "That one comic book hero who’s the fastest, most intelligent, best looking, has the greatest variety of talents and is the most humble. I forget his name…"

Cycling & Personal/Career Goals: "Win a few more National Championships, compete in the 2016 Rio and 2020 Tokyo Olympic Games, defend my Pan American Championship, win the 2015 Pan American Games title and attend medical school or pursue a PhD in either physiology or biochemistry (I haven’t narrowed down my post-cycling academic goals quite yet)."

First Involvement in Cycling: "I started riding with my dad when I was growing up. We had some brilliant trails right outside our backdoor (metaphorically speaking), and my best friend also was being dragged around on a mountain bike by his dad at the time. It was a lot of fun, and something we all could do together. It was a way to go explore and escape for the monotony of small-town-America. We did a couple small races here and there when we were 10 or 12, and then it just snowballed."