Silver medal for Hammer in individual pursuit at Track Worlds 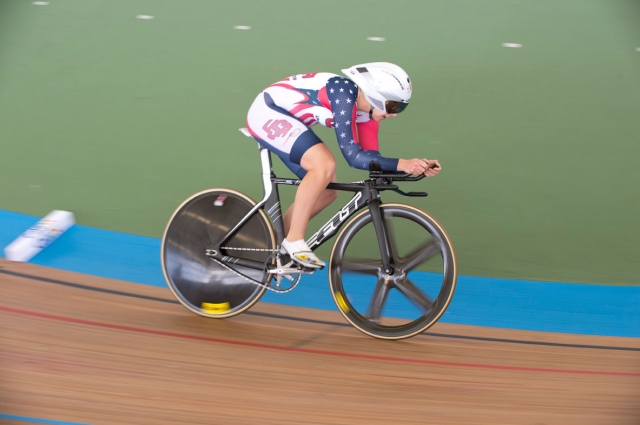 Having posted the fastest time (3:29.711) in the morning qualifying round, Hammer's time of 3:31.535 in the evening's head-to-head final with Great Britain's Joanna Rowsell was just behind Rowsell's winning time of 3:30.318. Australia's Amy Cure defeated Ukraine's Ganna Solovei in the race for bronze.

Hammer's U.S. teammate, Ruth Winder (Lafayette, Calif./UnitedHealthcare), placed 10th in the individual pursuit with a qualifying time of 3:42.908. Hammer will now look to defend her world championship title in the women's omnium that will be contested on Saturday and Sunday.

In the opening day of men's omnium action on Friday, American Jacob Duehring (Irvine, Calif./GS Ciao) sits in 13th place after three of six events. Duehring was 15th in the flying lap, seventh in the points race and 12th in the elimination race. The men's omnium competition concludes on Saturday with riders competing in the individual pursuit, scratch race and time trial.

Also competing on Saturday for the U.S. will be Elizabeth Newell (Oakland, Calif.) in the women's points race.