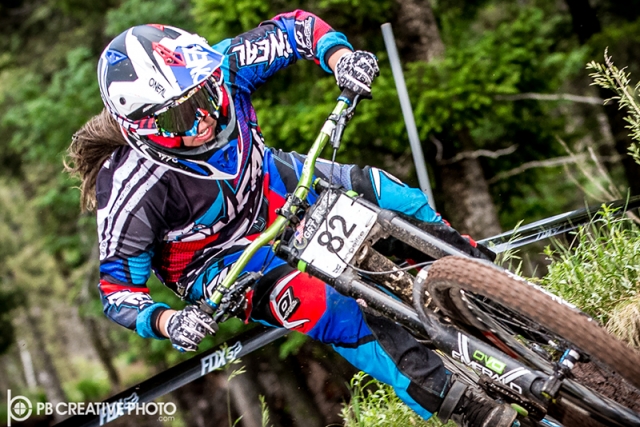 Samantha Kingshill holds a 108-point lead with one event to go in the Pro GRT. (photo by Phil Beckman/www.pbcreativephoto.com)

Leslie earned fourth at Beast of the East, won Windham Pro GRT and finished second at Snowshoe Wild Hare to bring his standings lead to 408 points, 73 points ahead of the field. Kingshill took second at Beast of the East, then placed second at the Windham Pro GRT before finishing third at Snowshoe Wild Hare. She has 512 points and holds a 108-point advantage in the women’s standings heading into the final event.

The Pro GRT wraps up Sept. 17 with the Kamikaze Bike Games at Mammoth Mountain, Calif.