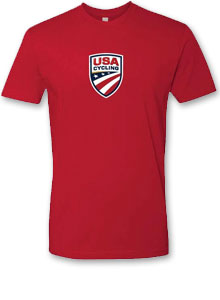 This, the fourth and final USA Cycling Collegiate National Championship completed the 2009-10 collegiate cycling season and secured Fort Lewis College’s place atop the national collegiate team Division I rankings and Mesa State College’s spot ahead of all other Division II schools. Both of those teams finished in the top five of their respective divisions at Road Nationals to seal the overall season victory.

Mesa State College was the only Division II team to earn points at all four of USA Cycling’s Collegiate National Championships: Track, Mountain Bike, Cyclocross, and Road. They certainly reaped the benefits of that consistency in the form of a 14 point margin over second place Massachusetts Institute of Technology, which earned points at only three of those competitions. MIT has topped the Division II national rankings since 2007, while Mesa State College has steadily worked its way up the rankings the last few years, holding the #15 spot in 2007, the #6 spot in 2008 and #5 in 2009. Now, with a dominating performance (earning 70 out of an available 80 points over the course of the year), some will wonder whether the school, located in Grand Junction, Colorado, will move up to Division I in the coming years alongside their neighbors in Durango, Fort Lewis College.

Fort Lewis, which has traded off its #1 rank every other year with Lees McRae College, followed that pattern again this year, and took back the top spot from Lees McRae, holding them off by a margin of just three points. The two teams, each of which stood on the podium at every USA Cycling Collegiate National Championship this year, are perennially considered to be the nation’s powerhouse cycling colleges. This year, however, with overall victories at both Collegiate Mountain Bike and Collegiate Cyclocross National Championships, Fort Lewis emerged with the edge.

In addition to bragging rights, teams earn start spots and call-ups at Collegiate National Championships based on these rankings.

*In the administrative tie-breaker between Marian and Colorado State, Marian came out on top by way of its two Collegiate Team Omnium victories this year, at both road and track.