Colorado Springs, Colo. (December 29, 2009)—USA Cycling has recognized four outstanding student-athletes; two as recipients of the annual John Stenner Collegiate Cycling Scholarship and two as winners of the Joshua Kuck Memorial Scholarship Fund.
Winners of the Stenner Scholarship, Kay Sherwood (Colorado Springs, Colo.) of Colorado College and Nicholas Reinert (Mertztown, Pa.) of University of Pittsburgh were each granted scholarships based on academic achievements, athletic accomplishments and service to the community with an emphasis on collegiate team involvement and leadership. The annual scholarship program is funded by donations to the USA Cycling Development Foundation in the name of John Stenner, one of the founders of collegiate cycling.

The Kuck Memorial Scholarship winners, Union College’s Rachel Millsop (Springdale, Ark.) and Oscar Clark (Atlanta, Ga.) of Georgia State University, will receive a scholarship based on outstanding achievements in the areas of cycling safety, advocacy and education. The program is funded through the USA Cycling Development Foundation by directed donations from the friends and family of Joshua Kuck, a University of South Florida collegiate cyclist who was killed on his bike in 2007. 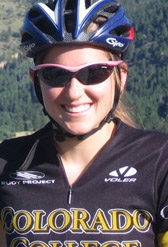 Sherwood, a 22-year-old senior environmental policy major, maintains a 3.4 grade point average while competing both on the road and in mountain biking for the Colorado College Cycling Team. After being introduced to cycling as a freshman, Sherwood was quick to enter her first bike race and went on to qualify for road nationals that year. The Tiger squad then introduced her to mountain biking where she went on to take the Division II short track national title as a sophomore. The Ipswich, Mass. native has since collected four USA Cycling Collegiate National Championship medals on both the road and the mountain bike while working tirelessly to introduce more women to the sport and her Tiger team.
As Vice-President of the University of Pittsburgh Cycling Club, the 2009 John Stenner Collegiate Cycling Scholarship men’s recipient, Nick Reinert created a series of group training rides designed to help team members of all levels improve their skills, fitness and to increase safety awareness. The junior chemical engineering major also works as a coach for the Valley Preferred Cycling Center’s Air Products Development Program while maintaining a 3.1 G.P.A. The multiple time junior and collegiate track national champion looks to continue to educate his teammates and youngsters throughout his remaining years in the Panther cycling program.
A cyclist, student, artist and musician, the female Kuck Scholarship award winner, Millsop exemplifies the well-rounded student athlete while also volunteering through a wide range of programs. The Psychology major maintains a 3.9 G.P.A. in addition to serving as the vice-president of her Student Government Association. On the bike, Millsop has collected multiple podium finishes at the USA Cycling Collegiate Mountain Bike National Championships including two omnium medals. The 21-year-old plans to continue to help her Union College Cycling Team grow through the continuing education of young cyclists. 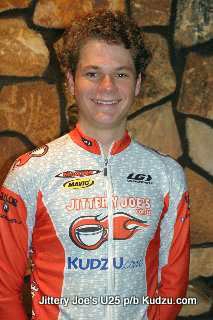 The men’s recipient of the Joshua Kuck Memorial Scholarship is an International Economics and Modern Languages major at Georgia State University where the honors student maintains a 3.4 G.P.A. while regularly coaching local kids in track cycling. Clark has raced road and cyclo-cross for his Georgia State University Cycling team for two seasons where he has racked up a pair of collegiate national titles. He is also a member of the Fulton Flyers Cycling Club where he participates in clinics and fairs in addition to his coaching duties in the Dick Lane Velodrome’s “Bicycle Little League.” After multiple top finishes on the domestic road racing circuit last summer the 20-year-old has signed his first professional contract with the UCI Continental squad, Mountain Khakis and plans to race and continue school full-time next season.
About the USA Cycling Development Foundation
Created in 2000 to support the future of American cycling, the USA Cycling Development Foundation (USACDF) raises money to drive American athlete development programs in cycling. As the non-profit fundraising arm of the national governing body, the USACDF receives no federal funding or subsidies and operates solely through private donations from individuals, corporations, and other foundations. The money raised by the Foundation funds programs for juniors, U23 and other future Olympic athletes in all disciplines of competitive cycling. For more information about the USA Cycling Development Foundation, visit www.usadf.org.
About Collegiate Cycling
Recognized by the United States Olympic Committee and the Union Cycliste Internationale, USA Cycling is the official governing body for all disciplines of competitive cycling in the United States, including road, track, mountain bike, BMX, and cyclo-cross. With over 4,000 student athletes and 300 collegiate clubs and teams, Collegiate Cycling is the division of USA Cycling responsible for administering competitive bicycle racing in 10 unique collegiate conferences: Atlantic, Eastern, Southeast, Midwest, South Central, North Central, North West, South West, Western, and Rocky Mountain. Collegiate Cycling oversees all four USA Cycling Collegiate National Championships: Track, Mountain Bike, Cyclo-cross, and Road, and recognizes collegiate club and athlete achievements with the Stenner and Kuck scholarships as well as the Collegiate Performance Awards. To learn more about USA Cycling-Collegiate, visit www.usacycling.org/ncca.