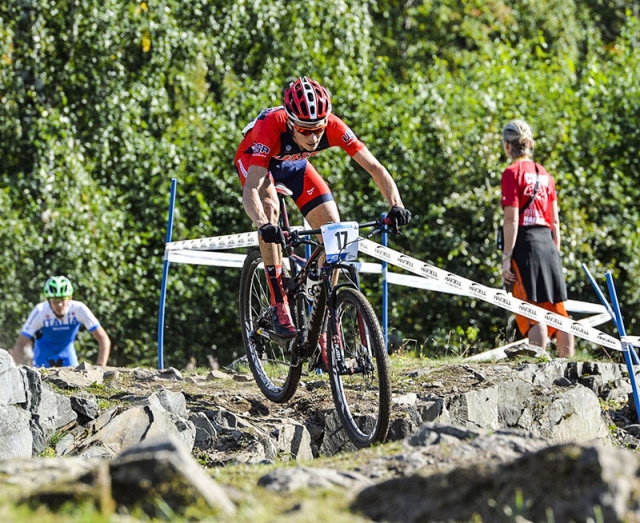 Powless completed the five laps of the junior men's event just three minutes and 55 seconds off the winning pace to place eighth. The winner was decided in the first lap when Danish rider Simon Andreassen went off the front and created a gap that he held until the very end. Egan Bernal (COL) and Luca Schwarzbauer (GER) crossed the finish line for the silver and bronze medals.

In the junior women's race, Ksenia Lepikhina (Boulder, Colo.) was the top American in 27th while compatriot Shea Chavez (Flagstaff, Ariz.) was 31st. The four lap contest was won by Nicole Koller (DEN) who got away from the group pretty early along 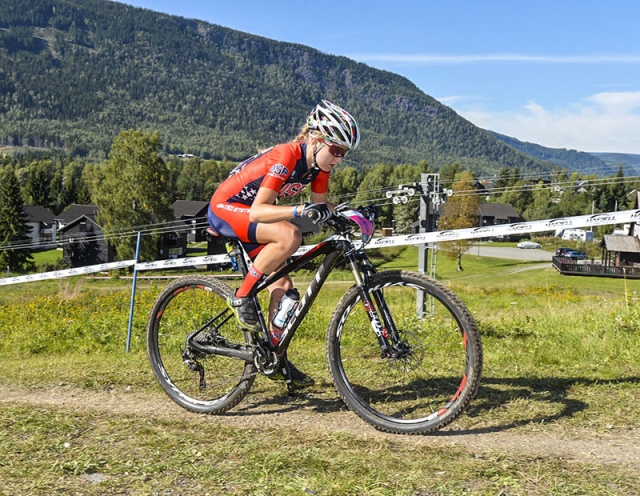 Ksenia Lepikhina was the top American in the junior women's cross-country in 27th.
with second- and third-place riders Malene Degn (DEN) and Sina Frei (SUI).

On tap for Friday are the men's and women's U23 cross-country races. Stay tuned to www.usacycling.org to find out how Team USA Cycling fares!