Mountain Bike World Championships kick off in Norway with the eliminator 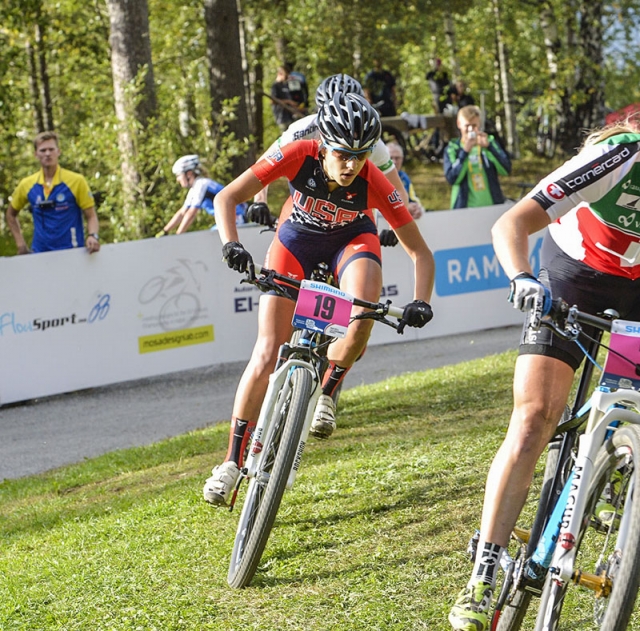 Kaylee Blevins was the highest placed American in the eliminator in 15th. (photo by Rob Jones)
Hafjell, Norway (September 2, 2014) – The 2014 UCI Mountain Bike World Championships got underway on Tuesday with the eliminator.

Held in the historic village of Maihaugen on the outskirts of Lillehammer, the 840 meter course featured everything from gravel, to rocks and roots, to drops and banked turns.

Four Americans donned the red, white, and blue in the women's race with Kaylee Blevins (Durango, Colo./Bear Development Team) posting the top result for Team USA Cycling. The 18-year-old made it to the quarterfinals where she secured a 15th-place ranking.  Blevins' teammates Kate Courtney (Kentfield, Calif.), Shayna Powless (Roseville, Calif.), and Evelyn Dong (Park City, Utah/Backcountry.com) ended their contests in the 1/8 round where they placed 20th, 21st, and 23rd, respectively.

The new women's world champion in the eliminator is Kathrin Stirnemann (SUI). Linda Indergand (SUI) and Ingrid Boe Jacobsen (NOR) rode to second and third.

In the men's event, Spencer Paxson (Bellingham, Wash./Kona Factory Team) was the lone American. He did not advance to the later rounds after placing 54th in qualifying. The men's race was won by Fabrice Mels (BEL) while Emil Lindgren (SWE) and Kevin Miquel (FRA) claimed the silver and bronze medals.

Cross-country action gets started on Wednesday as the junior men and women will toe the line for their races. Check out the complete Team USA Cycling roster and watch all the action live on http://www.redbull.com/en/bike/stories/1331674767408/uci-world-championships-hafjell-2014. 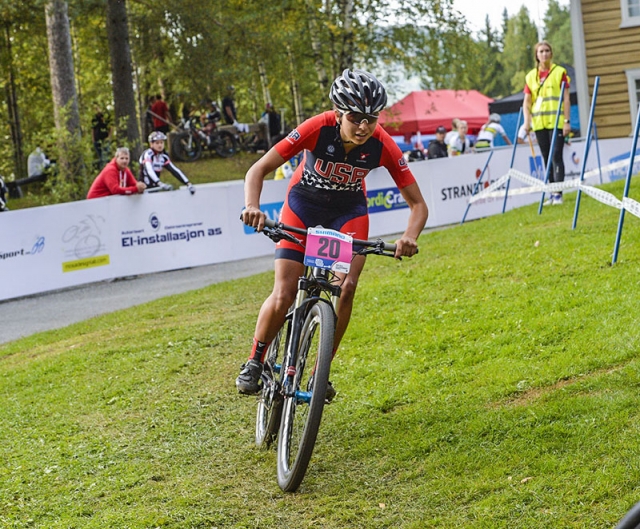