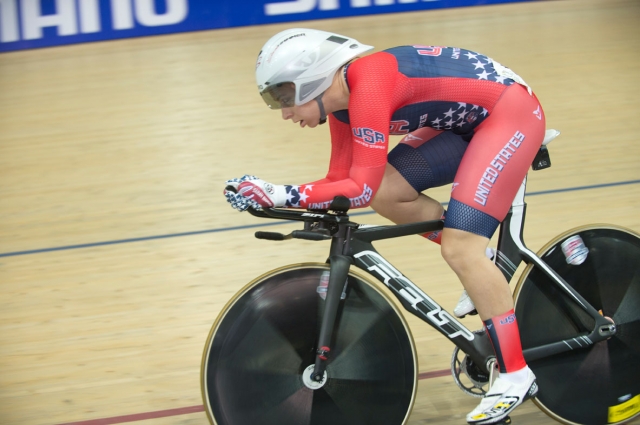 Hammer opened up the women’s omnium in sixth place after collecting 82 points in the first three events. She finished eighth in the scratch race, fourth in the individual pursuit and closed the day with a 10th-place effort in the elimination race. Kirsten Wild (NED) currently stands first with 102 points, followed by Annette Edmondson (AUS) with 98 points and Laura Trott (GBR) with 96 points.

The men’s and women’s sprint also ran on Saturday.

Sunday’s lineup will also see the men’s keirin and the conclusion of the men’s sprint.