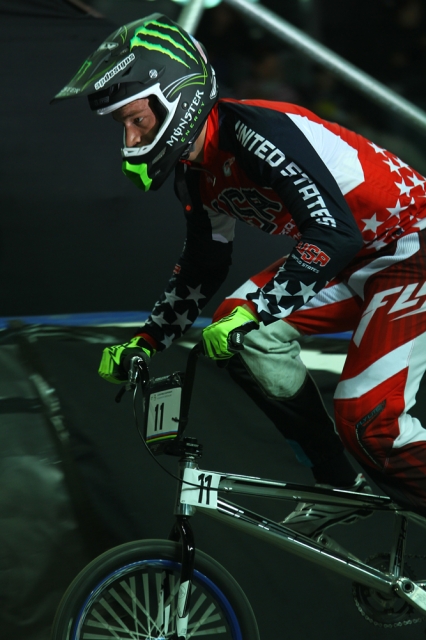 Connor Fields defended his world championship with an exceptional performance in the time trial. (Photo by Jerry Landrum)

The Americans capitalized on the training day and rode away with four medals, including a pair of world championships. Connor Fields (Henderson, Nev./Chase BMX) and Felicia Stancil (Lake Villa, Ill./Factory GT) topped their respective podiums as they did in 2012. Sean Gaian (Santee, Calif./Factory GT) and Alise Post (Saint Cloud, Minn./Redline) earned silver medals in their respective categories.

"We knew the preparation coming into the world championships was good," USA Cycling Director of Sprint Jamie Staff said. "But to get a few medals under our belt on the first day of elite racing just reassures us that are headed in the right direction."

Fields, who was the only rider to complete a lap in less than 23 seconds during the qualifying round, was forced to improve his performance in the superfinal. Fields answered the challenge, completing the course in 22.598, .103 faster than the silver medalist, Joris Daudet (FRA). Sylvain Andre (FRA) posted a time of 23.015 to edge Corben Sharrah (Tucson, Ariz./Haro Bicycles), who placed fourth with a time of 23.062. Nic Long (Lakeside, Calif./Haro Bikes) and Barry Nobles (Wetumpka, Ala./DK Bicycles) finished 14th and 16th, respectively, in the superfinal.

“I'm really excited to have won the superfinal tonight," Fields said. "I owe so much to USA Cycling and my coaches Jamie Staff and James Herrera for their hard work and belief in me. I'm looking now to get ready for tomorrow's race and hopefully have another good day at the track." 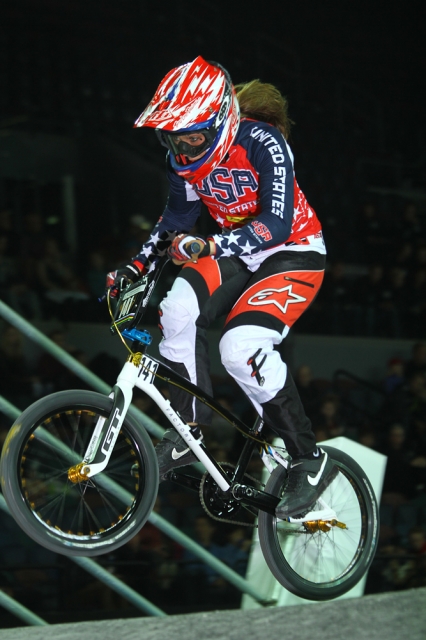 "To think not too long ago I was in a hospital bed after my crash in Manchester, and now to be standing atop the podium at the world championships, it's been quite an amazing journey," Stancil said.

Shay Glynn (Norco, Calif./Profile-Monster) missed advancing to the juniors women’s time trial superfinal by only .136. Glynn qualified in ninth place, finishing her lap in 27.520 while Viviana Van Hees (NED) placed eighth with a time of 27.384. Shaelen Reno (Plano, Texas/Hyper Bicycles) stopped the clock at 27.877 to finish in 11th place.

Post, who qualified with the fourth-best time of 25.909, dropped a half-second off that time in the elite women’s time trial superfinal to earn the silver medal. Brooke Crain (Visalia, Calif./Haro Bikes) stopped the clock at 25.945 to place seventh while Arielle Martin (Spanaway, Wash./Intense BMX) was 16th with a time of 26.807. Olympic champion Mariana Pajon (COL) earned the gold medal after posting a time of 25.153. Carolina Buchanan (AUS) rode away with the bronze medal with a time of 25.621.

Gaian collected the silver medal in the juniors men’s contest, posting a time of 23.529 in the time trial superfinal. Hunter Pelham (Conroe, Texas/Haro-Promax) finished fourth, about three-tenths of a second behind bronze medalist, Niek Kimmann (NED). Romain Mahieu (FRA), who topped the juniors’ men’s field at the 2012 UCI BMX World Championships, defended his title in 2013 with a time of 23.367.