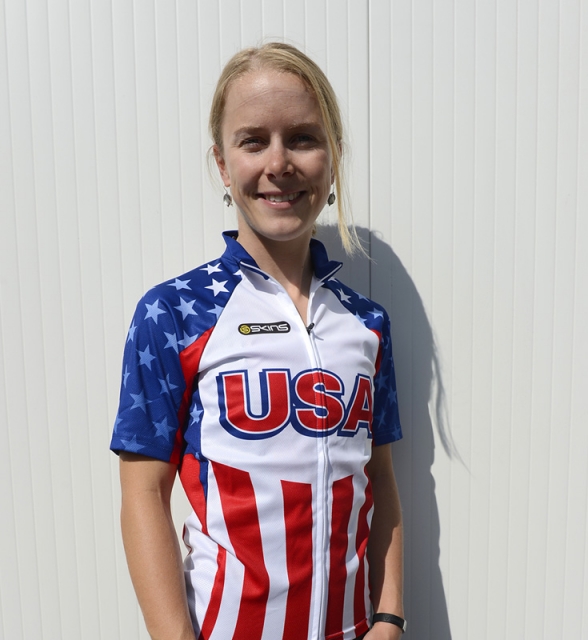 Chloe Woodruff (formerly Forsman) grew up in Boulder, Colo., and started riding bikes at a young age with her family. However, her competitive nature wasn’t realized until she started racing her sister the three miles to middle school each morning. In seventh grade, Woodruff went on a class trip to Moab, Utah, led by Velonews writer Lennard Zinn, and spent three days mountain biking in the desert. She returned home hooked on mountain biking, and she’s been playing in the dirt ever since.

Woodruff became one of the most accomplished junior racers in the country while in high school, earning two junior cross-country national championship titles and an expert short track cross-country championship title in Mammoth, Calif. She represented the U.S. at the world championships in both Les Gets, France, in 2004 and Livigno, Italy, in 2005, where she would finish ninth.

Since joining the professional ranks in 2006, Woodruff has steadily improved her results on the national circuit. Until graduation from the University of Arizona in 2010, she was simultaneously working on her degree in health sciences while also racing full-time. On the collegiate scene, she earned three USA Cycling collegiate mountain bike cross-country national championships and helped the University of Arizona Cycling Club become the powerhouse of the Southwest Collegiate Cycling Conference, as both a racer and club officer. She finished fourth in the cross-country and second in the short track cross-country races at the 2013 USA Cycling Cross-Country Mountain Bike National Championships at the Bear Creek Resort in Macungie, Pa.

Woodruff attributes much of her success to her husband and coach, Travis Woodruff, “He’s challenged me to work hard and pursue my dreams; and he has more passion for the sport than anyone else I know."  Woodruff enjoyed her most prolific season to date in 2011, with two top-5 finishes in races on USA Cycling's Pro Cross-Country Tour (Pro XCT) and her first victory in short track at the Fontana Pro XCT.